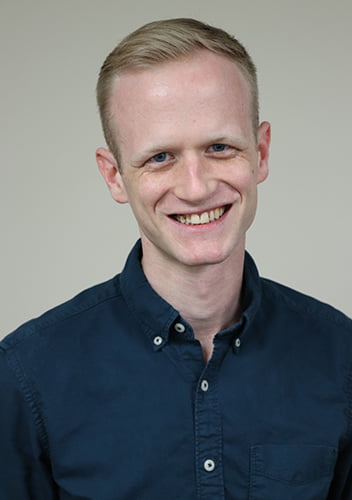 “Be You, Be the Arc” is not just a catchy slogan that we say at The Arc of Monroe, it’s a reflection of who we are and what we are all about. Our agency is an inclusive place where we empower everyone to find what it is that makes them unique and where we celebrate the diversity that each of us brings. We live our mission statement: “a progressive community that welcomes diversity, fosters meaningful relationships, and cultivates a life of fulfillment for those we support.” 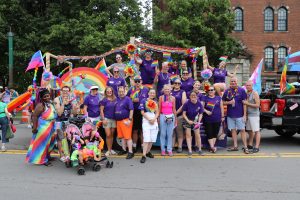 In order to welcome diversity, we strive to make every Arc location a safe space that is welcoming and supportive for people who identify as part of the LGBTQ+ (Lesbian, Gay, Bi, Trans, Queer/Questioning, Plus) community. This means creating a space where people know they are respected, and a place where they can discover who they are and be proud of it.  When we give people the power to define themselves, we learn from each other, such as learning to forgive each other when we might not say something correctly. We don’t have to understand everything about every person we support or work with, but we can show respect and have a culture where everyone can feel comfortable being who they are.

Here are some terms I’ll use in this article that you may not be familiar with:

Our words are powerful, so being mindful of our language is an effective way to show respect. Language is also something that can be hurtful if we don’t pay attention to it. For example, the term “sexual preference” can be seen as though someone had a choice in the matter.  A person’s sexuality is not their preference, it is who they are.  Speaking from the heart and using a genuine tone shows where our intentions are, even if we mess up and use the wrong term or the wrong pronoun when talking to someone. If we do use the wrong term, apologize and move on, and learn from the experience.

It’s important to take small, but impactful steps to create a safe and inclusive space. First, be sure to call a person by the name that they introduce themselves as even if it may not match the gender they may look like to you (i.e., someone who may look masculine to you but says their name is Alicia). Also, we can incorporate introductions where we share our pronouns after our name and ask others what their pronouns are. It’s important to do this with everyone, as this keeps us from singling out those who are part of the LGBTQ+ community. We can do this at the beginning of meetings too, where we share pronouns as we introduce ourselves. We can also add our own pronouns to our email signatures. These small gestures are welcoming signs of inclusion and help to set that tone.

Something else that we can all work towards is “ungendering” language as much as possible.  If someone appears to be a man, and you think they probably identify as a man but do not know them, try not to assume their gender by calling them “Sir”. If they appear to be a woman and you don’t know them, try not to default to calling them “Ma’am.” “They/ them/ their” are neutral terms that help us avoid referring to someone by the wrong pronoun. We can try to incorporate those pronouns more into our daily conversations. The best practice, though, is to mirror the language that people use to describe themselves in any circumstances. This includes when referring to their spouse or partner. Try not to assume that a female who is married has a “husband” and try not to assume that a male who is married has a “wife.”

This is very important in creating an inclusive space for everyone. Every time a person has to correct an assumption, they are forced to “come out” to you and undergo what could be a reminder of a difficult experience. They might fear pushback and be tempted to lie about who they are. This isn’t necessary to force anyone to do in their day-to-day interactions.

It’s also important to avoid asking personal questions to an LGBTQ+ person that you wouldn’t typically ask a straight, cisgender (“cis”) person. For example, it’s not OK to ask someone in a relationship which person is the “man” and which one is the “woman.” This is something that seems absurd if we were to ask it to a straight cis couple. It also assumes people are living in traditional gender roles, which is not always the case. You also wouldn’t typically ask a cisgender person about what sex organs they have, or whether or not they had “the surgery.” We need to accept and respect people as they are.

A life of fulfillment means valuing the identity of every person and the cultural groups that they belong to. The concept of sex in general is still a major taboo in the community of people with disabilities.  Individuals who identify as LGBTQ+ don’t just belong to that community, these people have many identities and many other groups that they identify with. They can also be Christian, Muslim, Republican or Democrat. It is important that we help people celebrate what makes them unique and respect them for who they are. Changes to our habits and changes in our culture take time, but we can all look at taking these small steps to help every person be comfortable in their own skin and thrive as who they really are.

If you found this information useful please consider a donation so we can create more similar articles. 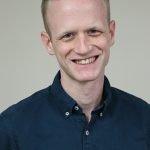 Article written by Brian Potvin, Personal Outcomes Interviewer at the Arc of Monroe.